Welcome to Signal Found, a narrative exploration game about a forsaken and derelict planet with a dark secret. Control the futuristic quad-rotor drone Remote 03 Virtual Reconnasaince Drone, or R03-VR/ROVER, and uncover the secrets that lie within the crumbling structures and earth of 13 Tenebris B.

The Making of Signal Found (so far!)

Signal Found wasn't always called Signal Found. The concept of Signal Found was born in late August 2019 in Bob DeSchutter's IMS 488 capstone class of Game Pre-Production. A group of Bob's students then formed a well-equipped and experienced team and set out to create the vision encapsulated in the original concept document of Signal Found. This original concept was a game called Rover. Rover was a game very similar to Signal Found, however, it had a very significant difference: land navigation. Rover intended to use a vehicle similar to Opportunity, the Mars rover, as the entity the player controls. The decision to switch from a terrestrial rover into a quad-rotor drone came early in pre-production as a result of expanded design possibilities. With a drone, verticality could be readily used for puzzles and environment design, as well as the swift and agile movement of a quad-rotor. Rover still found its way into Signal Found through the naming of the quad-rotor: R03-VR, or Rover.

Download and extract the files in the .zip folder.
Run Rover.exe 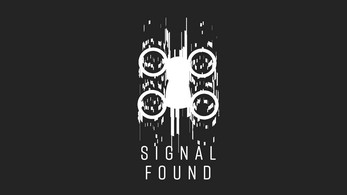